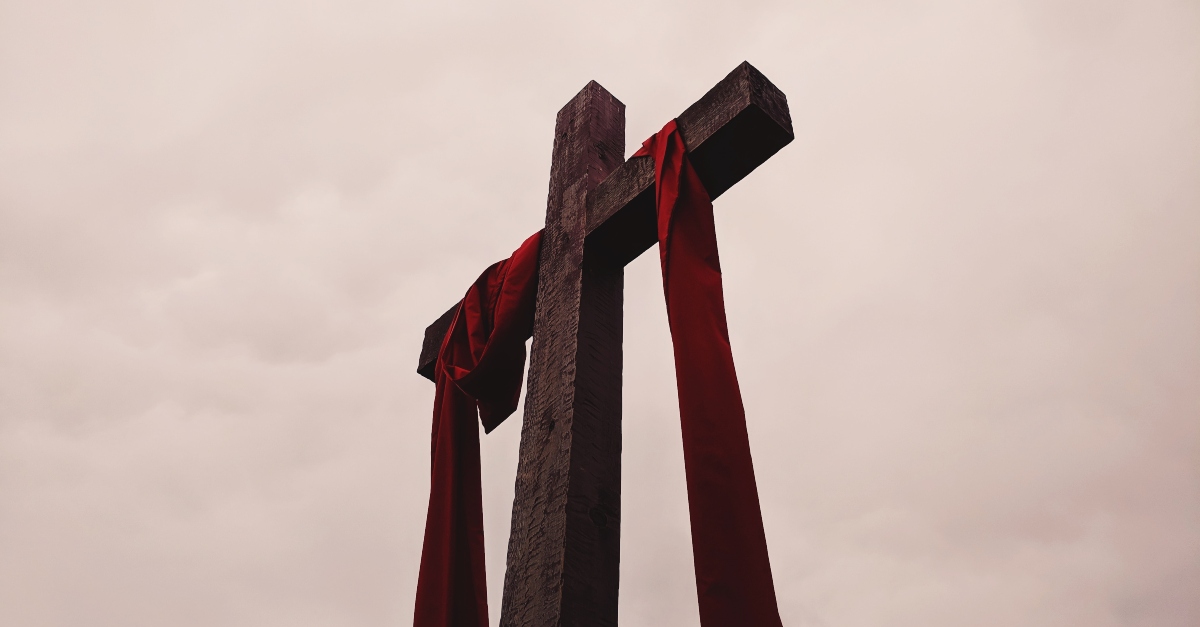 If one had to pick one moment in the Bible to describe as the climax, the best contender would be the death, burial, and resurrection of the Lord Jesus. It is the fulfillment of promises and prophecies in the Old Testament, the ultimate shift, and the driving moment around which all following parts of the Bible are defined.

The death of the Lord Jesus was a moment that rewrote and redefined history. Understanding it helps inform why Easter is important and why the shift from the law to grace happened. By examining what the Gospels say about the moment of Jesus’ death, the significance of that sacrifice and the resurrection become clearer and more important.

When Did Jesus Die?

The Gospels each give pieces that create a timeline that illuminates not only what happened to the Lord over the course of what is now called Good Friday, but when in history these events occurred.

They all agree the governor of Roman Judaea – the individual who ruled over that region of the Roman Empire as a satellite for Caesar – was Pontius Pilate. He makes appearances in Matthew 27, Mark 15, Luke 23, and John 19. The Gospel of Luke also mentions which year and under which Roman Emperor Jesus began His ministry among many other specific details: “In the fifteenth year of the reign of Tiberius, Pontius Pilate being governor of Judea, and Herod being tetrarch of Galilee, and his brother Philip tetrarch of the region of Ituraea and Trachonitis, and Lysanias tetrarch of Abilene, during the high priesthood of Annas and Caiaphas” (Luke 3:1-2a).

Tiberius reigned from 14-37 AD as the second emperor after Augustus. Later in the chapter, Luke mentions that Jesus was approximately thirty years old (Luke 3:23) when He began His ministry, which lasted about three years. Historians and theologians agree that Jesus was approximately thirty-three years old at the time of His crucifixion. These facts are supported by outside sources including the Jewish historian Josephus, and the Roman historian Tacitus.

What Was the Hour of Jesus’ Death?

The timeline of the night of Christ’s arrest, his trial, and his death is also well-laid out in the New Testament. Jesus had come to Jerusalem to celebrate Passover. The Sunday prior to His arrest, the Lord came into the city, which is known as the triumphal entry. “And those who went before and those who followed were shouting, ‘Hosanna! Blessed is he who comes in the name of the Lord!’” (Mark 11:9).

After several days in the capital city, the plot to arrest Jesus transpired. Based on the Sabbath approaching the day following Jesus’ execution (Mark 15:42), his arrest occurred Thursday evening. He was tried overnight, and His crucifixion began in the morning at Golgotha, a skull-shaped hill outside the city walls.

An important element to understanding the timelines of the crucifixion is understanding the way the Jewish people kept time. The Gospels refer to the third hour, the sixth hour, and the ninth hour. The time was kept according to how many hours had passed since sunrise.

What Happened When Jesus Died?

The whole earth seems to have responded to the Crucifixion of Jesus. For three hours, in the middle of the day, there was darkness. The Gospels also record, “And behold, the curtain of the temple was torn in two, from top to bottom. And the earth shook, and the rocks were split” (Matthew 27:51). These significant moments startled many. The veil hung in the temple, and specifically separated the innermost section – the Holy of Holies – where God’s presence would be kept from the people. Man’s sinful nature meant they could not stand in the presence of a holy and righteous God. When Jesus paid the price for the sin of mankind, however, there was no need for the veil, because man could now come to God directly in repentance.

Much of Jesus’ crucifixion had been prophesied in the Old Testament. In John, both writers mention the Roman soldiers divided Jesus’ clothes and cast lots, (John 19:23), which fulfilled Psalm 22:17-18.

In Zechariah 11:12, it says, “I told them, ‘If you think it best, give me my pay; but if not, keep it.’ So they paid me thirty pieces of silver.” Judas fulfilled this prophecy by accepting that exact payment to betray the Lord Jesus.

Even the manner of the Lord’s death was not entirely in line with conventional Roman crucifixion, but did fulfill Old Testament scriptures. Crucifixion was a long and painful death, and the bones in the legs of the crucified would be broken to expedite the process. In John 19, it records the Roman soldiers broke the bones of the men next to Jesus, but the Lord had already given up the ghost and was dead.

The Passover lamb, whose blood spared the Israelites, was sacrificed the night God enacted the final plague in Egypt. This served as a portent for the Lord Jesus and as such, His body had to be whole as well. In Numbers 9:12 it says, “They must not leave any of the lamb until the next morning, and they must not break any of its bones.” Fulfilling Scripture was more than just prophecy, but also allowed imagery and symbols to become fully realized.

When Was Jesus Resurrected?

Jesus was laid in the tomb of Joseph of Arimathea, a religious leader who believed that Jesus was the Messiah, in a garden outside of Jerusalem. His death occurred on a Friday afternoon, and Jesus was quickly removed from the cross, and placed in the tomb of Joseph of Arimathea. On the Sabbath – Saturday – nothing could have been done with and to the body according to Jewish law and custom, hence the quick burial.

The Gospels record, “The next day, that is, after the day of Preparation, the chief priests and the Pharisees gathered before Pilate” (Matthew 27:62). They requested the Romans guard the tomb of Jesus so His disciples could not steal the body.

Why Do We Celebrate Easter When We Do?

After the Sabbath, a group of women who followed Jesus’ ministry came to the tomb. Because Jesus was buried quickly, there were some elements of Jewish burial they were unable to do, and the women came to finish some of those steps. However, they were greeted by an angel. “But the angel said to the women, ‘Do not be afraid, for I know that you seek Jesus who was crucified. He is not here, for he has risen, as he said. Come, see the place where he lay.” (Matthew 28:4-5).

Based on the traditions of Passover week, knowing Jesus died the day before the Sabbath, and that the women discovered the empty tomb the day after the Sabbath, Christians celebrate the miraculous resurrection of Jesus Christ on that same day. By following the lunar calendar to determine the week of Passover in Judaism, Christians date Easter on a different date every year, though it generally falls in April or early May; however, some sects and denominations, particularly in Orthodox communities, dispute Sunday as the date of the resurrection, arguing that it ought to be celebrated on Monday.

The resurrection of Jesus was the fulfillment of ancient hopes, the promise of a future walking with God, and the beginning of the ushering of gentiles into the family of God. Celebrating Easter brings believers together in worship, joy, and expectation. Death and sin have no power, and Jesus’ glory made that much clearer to those who put their faith in Him, then and now. The Gospels recount the miracle faithfully, passing on the promise of salvation for generations – the promise of Easter Sunday.

Edersheim, Alfred. The Life and Times of Jesus the Messiah. Grand Rapids:Wm. B. Eerdmans, 1953.

Bethany Verrett is a freelance writer and editor. She maintains a faith and lifestyle blog graceandgrowing.com, where she muses about the Lord, life, culture, and ministry.